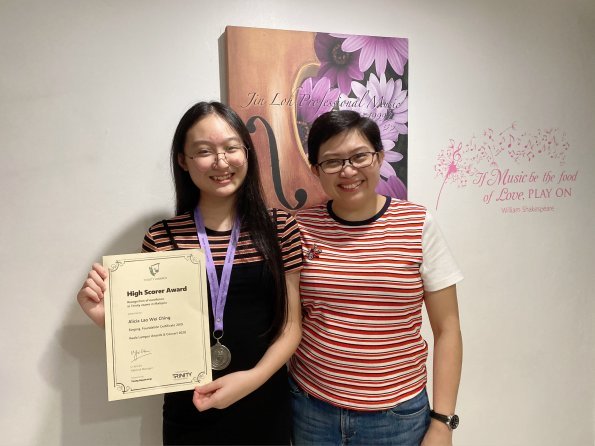 Should Not Eat and Drink? 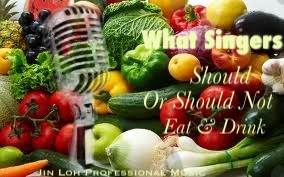 It is important for singers/vocalists to know what kind of foods and drinks may cause singing problems.

Eating or drinking "The Singers/Vocalists Avoid Foods and Drinks", may dry the singer's vocal folds (also known as vocal cords). Some of these foods that singers should avoid, may constrict or irritate the singer's throat, stimulate or thicken phlegm/mucous, making the singer's more prone to burping during singing and may cause other singing problems.

Thus singers/vocalists are advised to try not to eat or drink these foods and drinks, especially 2 to 3 hours before their singing, recordings, performances, gigs or shows. For example, if singers/vocalists wish to enjoy eating ice-cream :p or drinking coffee or other non recommended singer's foods or drinks, please try eating them when you don't need to sing or after singing.

Examples of foods and drinks that may cause phlegm/mucous for singers/vocalists before singing, are very sweet, sugary foods like chocolates and dairy foods.

Examples of dairy foods that singers/vocalists should try to avoid before singing, recordings, performance, shows/gigs are: -

Examples of foods that may irritates or dry the singer's throat, vocal folds are:-

Examples of foods that may close or constrict the singer's throat, vocal folds are: -

Examples of foods that absorb water and may dehydrate the singer's body and vocal folds are:

For example, kimchi or other lacto-fermented foods like sauerkraut or plain yogurt may help to improve singer's mood, making them feeling happier and better. :)  If singers feel good and energetic, it helps them to sing better technically and emotionally. :)

Just remember try not to eat these singer's avoid foods if you need to sing, especially at least 2-3 hours before the singing performances, recordings, gigs or shows.

Generally speaking, singers/vocalists would avoid going empty stomach on purpose, without any food before or during singing. Maybe the exception would be for some pop singers where they have to eat very little only. Some pop singers have very strict weight control diet to keep, in order to maintain their attractive physical appearances. In this case, these pop singers are still advised to eat some foods in order to have energy before singing.

Most pop singers tend to concentrate more on low calories foods and drinks, but healthy and balanced diets. Singing with an empty stomach may make singers feel physical and mental fatigue. Thus making them very difficult to concentrate and sing their best. Because singing needs a lot of energy.

Also, you probably may not want to hear your empty stomach singing louder than you during your singing! :P

On the other hand, a singer/vocalist would also avoid eating too full before or during he or she's singing performances, recordings, shows or gigs. Because singers/vocalists may be more prone to burping with full stomach :O. He or she may also experience difficulty in diaphragm singing movements and have difficulty in taking a fuller, deeper breath when singing. Thus finding it harder to support the air or his or her voice.

♪  Read about 'What Kinds of Foods and Drinks Are Good For Singers/Vocalists?'  ♪ 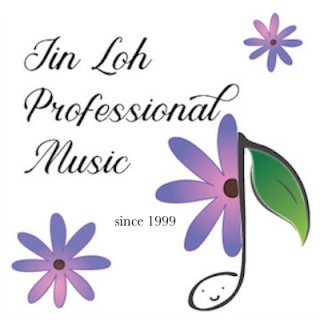